The ‘normal days’ – the Ujazdowski Castle Centre for Contemporary Art

In early February, I travelled by train from my home in Berlin to Warsaw to spend two months at the Ujazdowski Castle. Pierre Coric (from Belgium) and Ivan Svitlichnyi (from Ukraine) were already a couple of weeks into their residencies, and Dani Ploeger would arrive soon after from the Netherlands. All three have multi-disciplinary practices in which the new technologies that we have absorbed into our everyday lives are harnessed to trigger or disrupt our consciousness, and make us reflect on potential consequences.

With his interest in chaos, systems and vibrations, Pierre was continuing his AA-ZZZZ project, which originated as a series of books recording everything you can write with the Latin alphabet from two to five letters, and which he travels with in order to create interactions with the public. Using the algorithm he designed to achieve this, he hoped to create a new book based on the Polish alphabet. In a sister project, all the combinations of letters from AA to ZZ can likewise be applied to create a log of images found in Google’s image search engine. As he says, each person’s computer, depending on their search history and location, would wield different results, highlighting the impossibility of true ‘neutrality’. We also talked about his research into the agents (human or otherwise) of the Vistula River, leading us down tributaries that were variously ambitious, absurdist, and optimistic.

Ivan’s residency was part of his reward for winning the Malevich Prize in 2018. As a sculptor and performer, he works at the intersection of language, data and physical manifestations. He was spending his time in Warsaw developing the Shukhliada project, which he began in 2013 with friends Lera Polianskova and Max Robotov. Shukhliada.com is an online exhibition space and support platform for art projects. Conceived as a grassroots, anti-institutional activity, it allows for the independent presentation of the work of Ukrainian artists. We talked about this in relation to his interest in archives, and the recent events in Ukraine, including the destruction of monuments under the programme of ‘decommunisation’ and its significance for art.

Dani, a musician, performer, lecturer, and researcher, would spend his residency continuing his project on the subject of borders in Europe, which relates to his exploration of conflict and crisis situations that meet with the world of high-tech consumerism. In his studio, he showed me various objects that he’d either created or appropriated, and which represent his work manifested in technological objects, video, software applications and performance. These included B-hind, his ‘anal electrode-powered interface system’, essentially a ‘smart’ butt-plug that ‘facilitates simple, plug-and-play access to a holistic body experience in the age of networked society’. I was presented with a section of barbed wire from the Hungarian anti-immigration fence, which led us into a conversation about the border between Poland and Belarus, as well as his project in the primordial forest of Białowieża, which is located on this border.

As I met each of them to talk about their work and their hopes for their time during the residency, it didn’t take long for the subject of politics to arise, especially in the context of our immediate surroundings. Geographically, the castle sits opposite the Parliament building, where a profusion of Polish flags jut from its buildings. In our conversations, we considered what it means to participate in the visual arts in this political era, broadly marked by a rise in populist nationalism in all our respective lands.

My first visit to Warsaw was in 1994, and involved a visit to the Ujazdowski Castle, where my cousin worked as a waiter in the restaurant. The book that I’m writing pivots on my subsequent visits to Warsaw, which, as a writer reviewing art in Poland, have become more frequent in recent years. I focus on my relationship with my octogenarian uncle, who has lived in the capital for nearly all of his life, witnessing many transformations. As an eccentric, heavy-drinking poet who speaks little English, and because I speak little Polish, our communication has developed in surprising ways. I reflect on growing up in the UK as the daughter of his brother, an artist who emigrated from Poland in 1970, and my experience of class, culture, LGBTQ+ visibility and feminism, as someone with this particular background. The rise of nationalism in the UK and Poland have obviously been at the forefront of my mind, and I am interested in the complex relationship that my father and I have to ‘Polish identity’ and our different proximities to this concept. In my case, it is broadly based on growing up around an immigrant kind of ‘Polishness’, and encompasses complex feelings that lurch between a sense of deep belonging to imposter syndrome.

Beyond spending time with my uncle, my residency days were filled with many excursions and encounters that I’m sure will come to shape my writing in the most unexpected and necessary ways. Needless to say, I had not anticipated that everything would soon be eclipsed by the unprecedented Covid-19 pandemic that, by mid-March, had resulted in the lockdown of Poland and pretty much everywhere else. In hindsight, maybe everyone should’ve been paying more attention.

On 8 March, I participated in the annual International Women’s Day march, alongside Pierre and Ivan and other friends and acquaintances from Warsaw and beyond. It was one of our last ‘normal days’ before the lockdown and, although there was a decent turnout, the attendance was already diminished by people’s reluctance to participate in crowded activities and risk infection. Although 2020’s theme concentrated on climate change, many banners displayed sentiments recognisable from the famous ‘black protests’ that began in 2016 against measures to bring in a total ban on abortion in Poland. It was to become starkly apparent in the following weeks that this issue was far from over, as a bill was brought to the Sejm while people’s capacity to protest was limited.

My time at the castle was curtailed by the pandemic, with the last period spent checking up on loved ones, and debating whether and how I should return home to Berlin. As Poland and Germany began shutting their borders, I accepted that the experiences, research and friendships that had flourished in Warsaw would have to be put on hold. I left Warsaw, armed with a facemask, on a nine-hour bus ride back to Berlin, one of the few remaining options to travel out of the country.

So here I am now, isolating at home, writing up my interviews with Pierre, Ivan and Dani, all conducted before the pandemic really took hold. At the same time, I’m looking at powerful images of friends in Poland protesting in queues for the supermarket, in their cars, on their bicycles, from their balconies, exhausted by the fact that they are called, yet again, to defend their human rights, but finding power in their collective voice.

I open my Polish passport, obtained on the advice of my dad when the Brexit referendum was announced in the UK, and which, from the perspective of a foreigner in Britain, he ruefully predicted would come to pass. I think about something Ivan told me, how he has many friends in Ukraine who, like me, have a Polish parent, but would be denied this nationality because they do not come from an acceptable ‘other’ land. I think about my other land, shamefully tallying one of the worst Covid-19 death rates in Europe because our government had failed to prepare, had been hell-bent on Brexit above all else, this nationalistic mission in which Poles were xenophobically scapegoated for a sickness in the heart of the British nation. I look at the line in my passport that reads Obywatestwo: Polskie [Nationality: Polish], and wonder how to ever make sense of it. All I know is that this should never draw easy answers, and that the valuable experience of this residency has exploded that question ever wider. 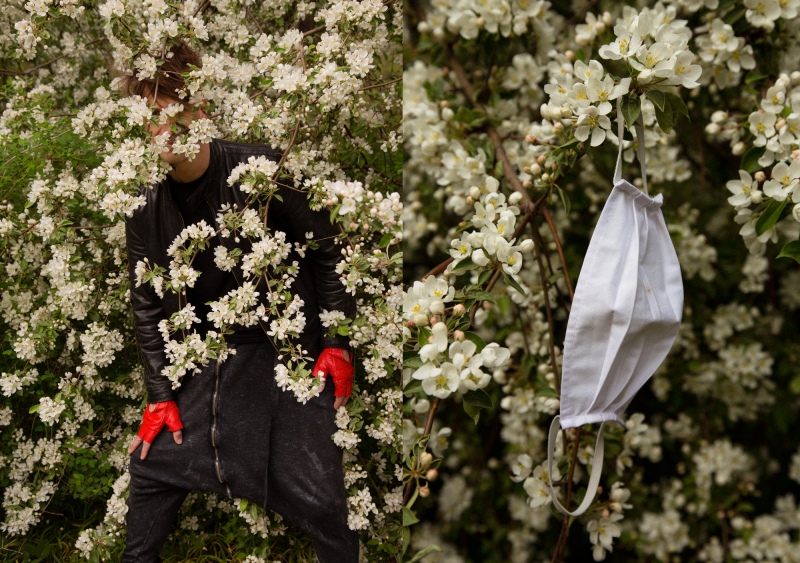 Recommended
The Residents magazine
To travel down the river...