In this project, resistance is not understood as a physical, armed opposition to nagging oppression, but rather as the practice of persistence, hospitality, and memory used against disrememberance. Resistance is also contained within the seemingly insignificant, daily gestures and rituals: preparing meals, growing plants, singing songs, rebuilding demolished houses.

Following the events relating to, among others, the creation of the state of Israel and displacing thousands of Palestinians from their historical homeland, for many residents of Palestine the basic civil right of having a nationality-assigned passport with the resulting right to travel has become a privilege. At the same time – due to limited availability of land, its astronomical prices and overcomplicated administrative regulations – farming is now limited to the selected few. Access to water is rationed, ordinary walks on the hills and any movement around the Palestinian territories is problematic.

Only the larger towns in Palestinian Occupied Territories are located within the autonomous zone, the so-called "zone A". A significant part of the West Bank and Gaza lands are dotted with and surrounded by a ring of illegally built Israeli settlements. Israel fully controls the supply of electricity and water to Palestine. Jerusalem (formally still the capital of Palestine), the isolated Gaza Strip, as well as most of rural Palestinian areas are administratively, politically, and economically dependent on Israel.

Because of all this, in Palestine every gesture, just carrying on, has a political meaning. Be it weekly collective cooking in the highlands, seeding edible plants on slices of soil inside refugee camps, or even collecting fossils: all such activities are meant to give people’s lives a sense of purpose and help restore the human dimension to a world marked by the Israeli-Palestinian conflict. Thanks to the artists, these activities move beyond the everyday order of human life and gain power and agency.

Artists taking part in the exhibition avoid heavy political rhetoric, and instead focus on cultivating memory and building a Palestinian identity by referring to old customs and traditions.

Kitchen activities have become the strategy of Mirna Bamieh, an artist from East Jerusalem. Through collecting old recipes and cooking, Bamieh supports collectivity and restores the memory of local communities in Palestine. Mohammad Saleh, a designer and practitioner of permaculture, reaches for traditional collective methods of land sharing and cultivation. In the hands of Jumana Emil Abboud, old fables and fairy tales become tools that have the power to transport the listener back to their childhood and the places lost after 1948. Courtesy of Mohammad Badwan, a shopkeeper and stone collector from Ramallah, Joanna Rajkowska implements a project exploring the human relationship with land, stones, and nature – a mystical connection that was cultivated in these areas before political and national divisions.

Karolina Grzywnowicz will present the project Every Song Knows Its Home focusing on songs created out of a need to talk about refugee experience. During a several months-long stay in Palestine, she met with residents of refugee camps who shared their family songs with her. Thanks to meeting Grzywnowicz, many of them realised the fragility and transience of their memory. With the passing of the older generation, acting as the guardian of collective memory, songs about the origins and Palestinian identity are being forgotten.

When talking with Palestinians about the most trivial everyday things, one will hear about nakbah (the disaster of 1948, displacement), hijrah (migration) and muqawamah (struggle). The Palestinian everyday dictionary, however, turns out to be much richer and positive. For example, it also includes oneh (collectivity) – a term describing the olden-days rituals of working collectively. Mujawarah means collective life in which relationships are not based on the idea of reciprocity, but rather follow David Graeber’s definition of communism, i.e. a relation based on to the rule: “from each according to their abilities, to each according to their needs”. Among other often used terms one will find madhafah (hospitality), holom (dream), as well as numerous terms describing forms, places, and times of meeting with others – lammeh, jom’aa, qa’deh.

Hospitality is the second important thread developed by project participants. The work that is the quintessence of Arab hospitality is realized by the DAAR collective – Sandi Hilal and Alessander Petti – Al Madhafah. The living room, al-madhafah in Arabic, is a space between the public and private sphere, a room dedicating to showing hospitality. It has the potential to undermine the traditional division of the roles of a guest and a host, and at the same time furnishes gestures of hospitality with a new socio-political meaning. Inviting Al-Madhafah to U–jazdowski makes the Palestinian artist Sandi Hilal together with Yasmeen Mahmoud, Ayat Al Turshan, and Shafik Karkar (who are hosts of Al Madafah permanently operating in the refugee camps of Boden, Fawwar and Van Abbemuseum) the hosts of the space and co-authors of the programme. The Polish audience will have the opportunity to meet the hosts of this space.

By implementing the long-term project Everyday Forms of Resistance, we want to familiarize the Polish audience with issues relevant to the Palestinian here and now. We will try to answer the following question: What significance do the themes of tradition and ethos of the country’s inhabitants – travel, hospitality, nature – take on in contemporary context? Usually, the hidden themes of political resistance, struggles for democracy and countless counter-narratives in everyday forms of resistance are visible and presented to our viewers. In view of the current political situation in both Europe and the Middle East, the programme strengthens the awareness of importance of grassroots democratic practices – especially in times of increasing authoritarianism.

The exhibition is realised with the support of the Embassy of the Kingdom of Belgium, the General Representation of the Government of Flanders and the Swedish Embassy in Warsaw, Poland. 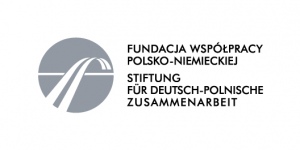 The artistic residencies of the exhibition participants were organised in cooperation with the City of Ramallah and with the support of the City of Warsaw, the Adam Mickiewicz Institute and Akademie Schloss Solitude.

Recommended
Every song knows its home

A war that isn’t a war

A place which can heal

A tuning of sensitivity

My menus are disappearing recipes