People need fiction. Only through faith in shared fictions could societies, religions and nations emerge. Systems founded on looking unitedly in the same direction. Offering the majority relief in identifying with a greater cause. And the minority—a sense of exclusion. That's what the separatist power of language, flags and monuments is all about. Power is exercised at the symbolic level by dictatorially forcing images and objects—through which history is written—into the public sphere. Power depends on collective fictions. For shaping public opinion, it is not so much the facts that matter as the emotional potential of the message, as well as how it resonates with the recipient's beliefs. This is how contemporary political culture works and why it is ever more difficult to distinguish reali-ty from hallucination.

TRIP CITY is a site-specific landscape of a psychoactive hue. Zuzanna Czebatul reads the socio-political sentiments active in public space, hijacks material objects, deconstructs and enters them into new contexts, changing their meaning. She explores the city, focusing on its vulnerable places. In Frequency Respond Test (Harry & Paul), two life-sized plush beasts with their heads cut off, she locates the idea of a dumbed down conflict without a chance for dialogue. A conflict that ceased to be constructive due to more value being placed on physical rather than verbal confrontation.

In the series New Republic the artist takes fragmentary casts from monuments and breaks them into pieces—disassembling their symbolic power as well as the collective cultural identity they project. The identity is ordered to form anew. Complementing the series, a mural refers to expressionist films from the early 20th century—in a critical moment for European history, they helped to tame the fear and negotiate the borders of reality. Czebatul also negotiates these borders—TRIP CITY is a distorted reality weighted by an increasingly emotional burden. By treating history as an area of knowledge particularly susceptible to manipulation, the artist undermines and rejects the mechanisms running the public sphere and scrapes off the layers of ideology. 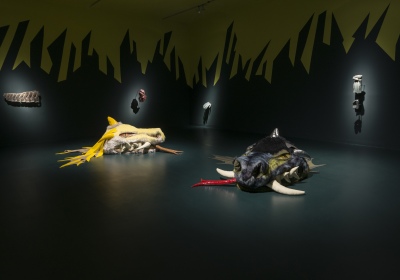 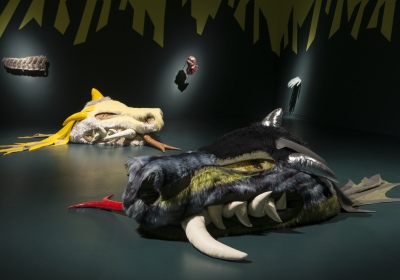 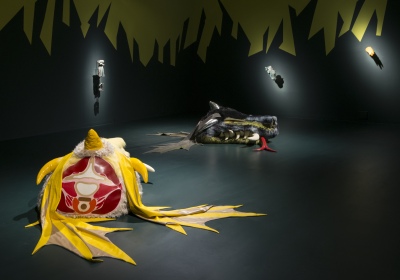 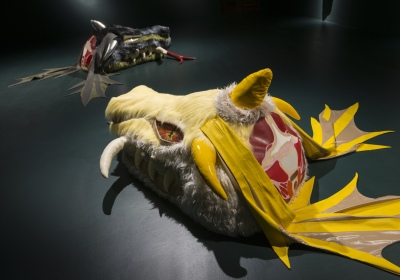 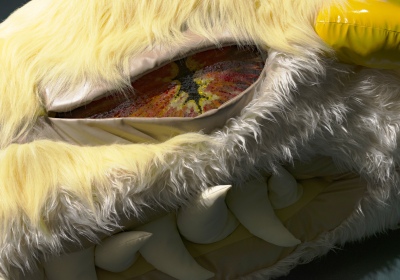 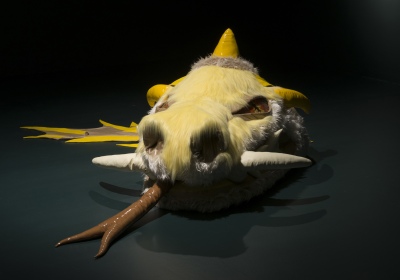 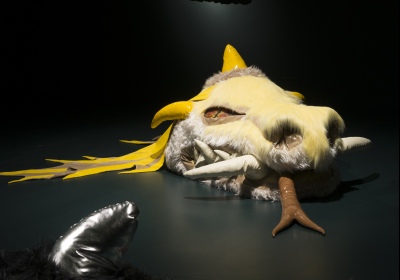 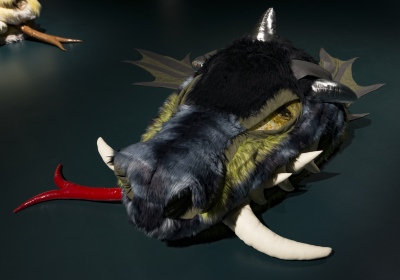 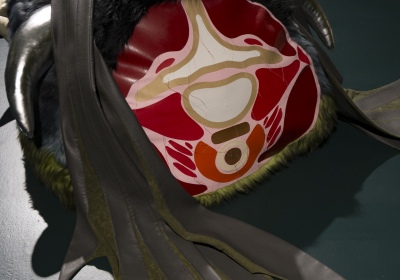 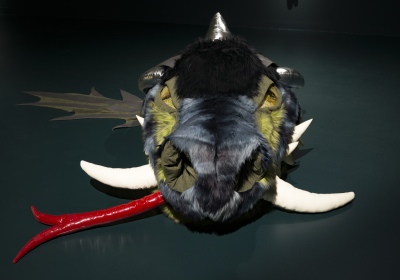 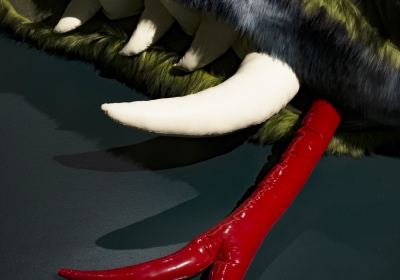 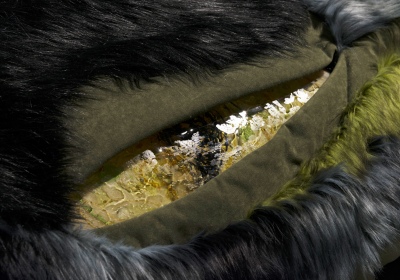 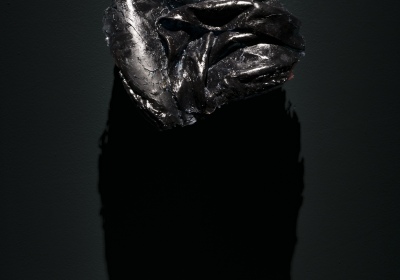 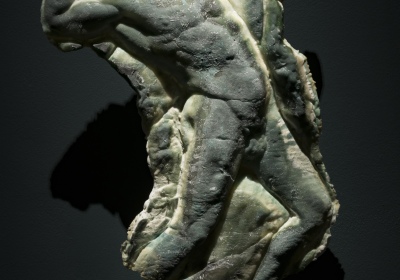 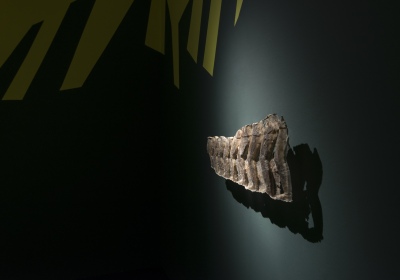 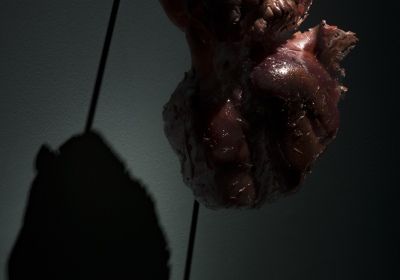 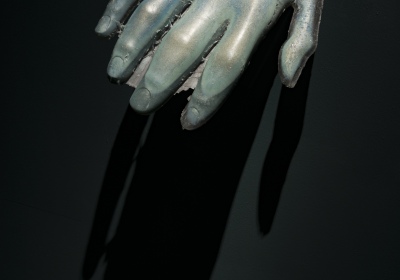 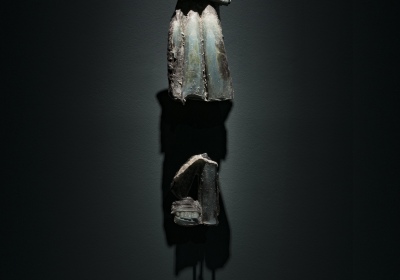 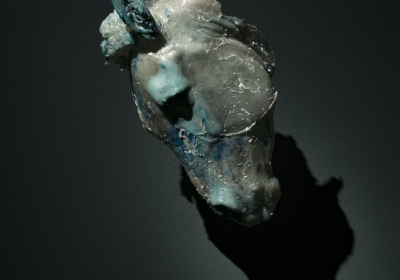 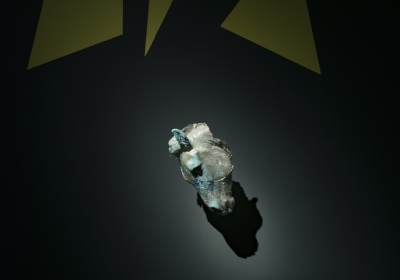 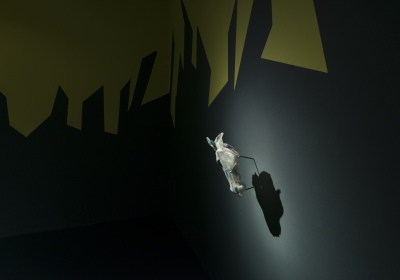 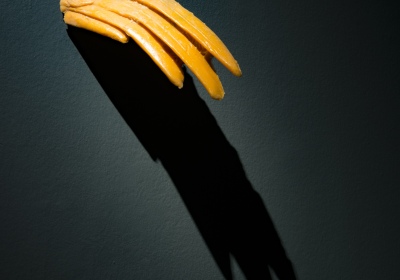 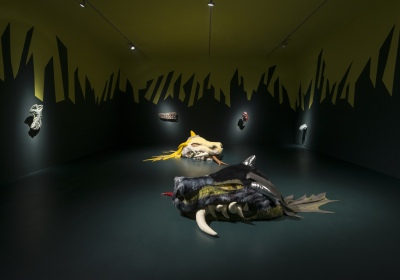 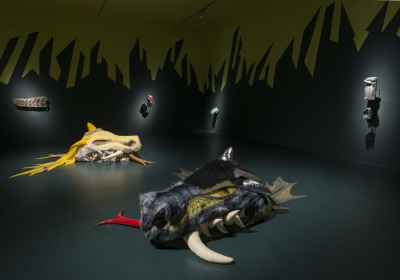 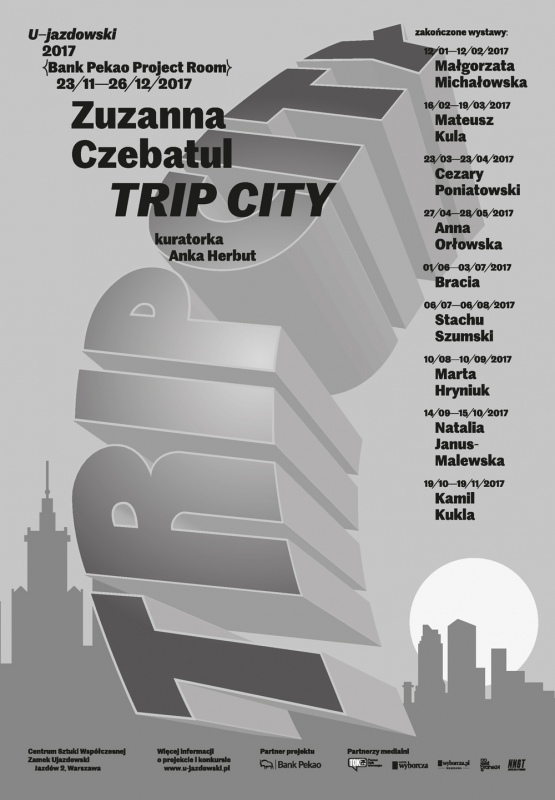